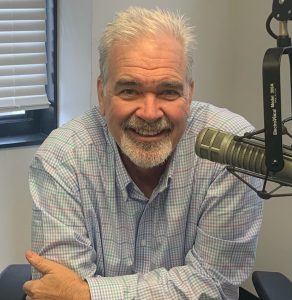 Every weekday morning, it’s Intelligence for your Life with John Tesh!

In an impressive and eclectic career that spans more than 25 years, John Tesh is known worldwide as a leading and respected figure in the entertainment and broadcasting industries.  In 1996, after 10 years as co-host of “Entertainment Tonight,” he surprised many by leaving the highly visible position to pursue his career as a fulltime musician.  Tesh has successfully conquered yet another media format as one of the most successful syndicated radio show hosts in the country with “The John Tesh Radio Show: Music and Intelligence for Your Life.”

Tesh lives in Los Angeles with his wife, actress Connie Sellecca, and his daughter Prima. His son, Gib, is also a key member of the TeshMedia Group team and is often featured in Tesh’s live concerts. For more information on “everything Tesh,” please visit Tesh.com.